Vietnam is a country known for its good food. We stay here for a while and learned a lot about the Vietnamese food culture and its street food. Here are the best Vietnamese dishes in a list!

Banh Mi is the Vietnamese translation of the word “bread” and was heavily influenced by the French baguette since Vietnam was once under French colonial rule.

It is probably the cheapest Vietnamese dish and for sure the most famous street food in Vietnam. If you are in a slightly larger city, you will find a Banh Mi stand every 100 meters.

The Vietnamese sandwich is usually filled with either egg or meat, vegetables (often cucumber), spicy sauce and liver sausage and tastes really good.

Banh Xeo is a Vietnamese pancake that is mostly eaten with peanut sauce. Here is Banh Xeo from rice flour, which is dyed with the help of turmeric. Then they are filled with pork and/or shrimp.

In addition to peanut sauce, rice paper is also added to the Vietnamese pancakes, into which the Banh Xeo, together with vegetables, is rolled up and then dipped into the sauce.

Individually Banh Xeo usually costs about 8000 dong, which is about 30 cents. Usually, you order round about four pieces.

To eat noodles are really one of the main parts of living in Vietnam. Pho is one of the best known Vietnamese dishes. The famous noodle soup comes from the north and can be found in every corner of Hanoi.

If you’re in Hanoi, you should definitely look for Pho in the old town to try the traditional soup. In the small shops or on the street Pho tastes best, even if it sometimes looks a little dirty. Try Pho necessarily there and not in the expensive restaurants!

There are Vietnamese noodle soups in various forms, but mostly it is made with rice noodles, onions and thin pieces of beef.

Banh Cuon is one of my absolute favorite dishes and an important part of the Vietnamese menu. It is usually eaten for breakfast, but often for lunch.

Banh Cuon consists of tender dough, made of rice flour, and a filling. Usually, this consists of chopped onions and mushrooms. As with all other Vietnamese dishes, there are many different variations.

Most of the time Banh Cuon is served with a sweet sauce and some pork. The price of Banh Cuon is regularly 2000 to 25000 dong, which is about 80 cents to 1 euro.

The special noodles needed for Mi Quang are made from rice and are thicker than the noodles of most other Vietnamese noodle dishes.

In addition, Mi Quang is not prepared as a soup, as is sometimes the case, but more like pasta or a pasta salad. Basically Mi Quang consists only of the pasta, a little salad and meat. The type of meat can vary between beef, chicken, pork and fish, beef and chicken are by far the most popular!

Hu Tieu is another of the many noodle soups in Vietnam. I do not know any other dish in Vietnam that exists in so many different forms.

Actually, Hu Tieu comes from Cambodia where it is written “Kuy teav” or “Kway teow”. Meanwhile, it can also be found in China, Thailand and Vietnam.

The classic Hu Tieu consists of long, thin noodles and is made with pork. But there are a lot of different variations of Hu Tieu in Vietnam, even as a normal pasta dish without the soup.

Hu Tieu is very cheap as a classic street food dish and it can be from 12000 dong, which is about 50 cents.

Op La has become an important part of Vietnamese food and my regular breakfast, which I eat almost every morning. Translated Op La means just fried egg, but the whole thing is prepared much more elaborate.

The Vietnamese breakfast is on every corner, but it is always a bit different. In addition to the fried egg, Op La usually includes lettuce, onions and, depending on your choice, pork or beef. There is always dry bread (baguette / Banh Mi).

Xôi is another part of the Vietnamese food culture. In more detail, it is Vietnamese glutinous rice and is available in different variants such as prepared with peanuts, corn, dried banana peel or beans. The rice is put in water overnight and steamed the next day, making it sticky.

In addition to the sticky rice, there is still either sliced chicken or grilled pork.

Xoi is a typical Vietnamese street food dish and, next to Banh Mi and one or the other noodle soup, one of the only meals you can get late at night.

Banh Can is another of my absolute favorite dishes in Vietnam. It consists of rice flour and eggs and is prepared in small pans, often with shrimp. To the Banh Can itself, then a transparent, sweet sauce and salad is brought.

The best Banh Can be found mostly on local markets or in tight streets! If you are looking for a really good Banh Can, you have to get away from the tourist places.

The last of the ten best Vietnamese dishes is Com Ga Quay. Basically, this is rice with fried chicken. Often it is yellow rice brought with a chicken wing.

Com Ga Quay is one of the few dishes that you do not necessarily have to eat on the street or in the more local and less fancy restaurants to get the best version.

What Makes the Vietnamese Food Culture

Vietnam is a country that is very much about food. It is normal that you do not eat at home, but go out. The food in Vietnam is very cheap, even compared to other countries in Southeast Asia.

One of the reasons for cheap food is that there are not expensive restaurants in Vietnam, as we are used to from Western countries. Vietnamese street food makes the prices very cheap and you do not have to wait long for your food.

Anyone coming to Vietnam should definitely try as much food as possible. If you want to learn more about Vietnam, check out our guide for a Vietnam vacation! 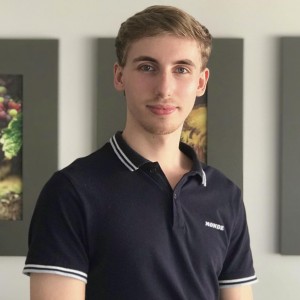 Manuel Brandt
Manuel Brandt is the founder of Daily Travel Stories. He started this project to share his and his friends' travel stories and to teach others how to work online to get the freedom to do the same. Learn more: https://manuelbrandt.com/.
All Posts